Cowon gets official with upgraded A3, Q5W PMPs 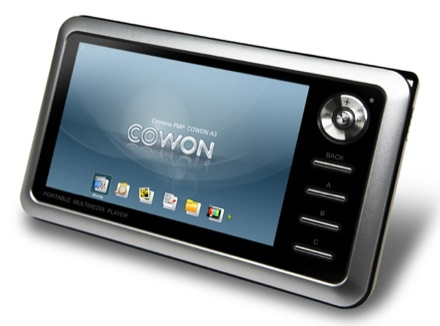 We'd already heard that the Cowon A3 would be getting a bump to 80GB, and the company has now not only gotten official about a US release for it, but dropped word of new 80GB Q5W as well. You can look for the upgraded A3 to land in the US first on May 26th for $440 (a good deal less than the $691 Euro-to-dollar conversion we heard about initially), with the 80GB Q5W following in late June for $600. Both models are otherwise identical to their less capacious counterparts.